Seeing how they could build narratives without relying on words at all, and having something that could take me to a entirely different head space (on early influences).

Today we chatted with musician and producer Jack Afternoon, we talked about getting into music, influences, process for songwriting and recording, covid and creativity, and what is next for this local rapper and artist 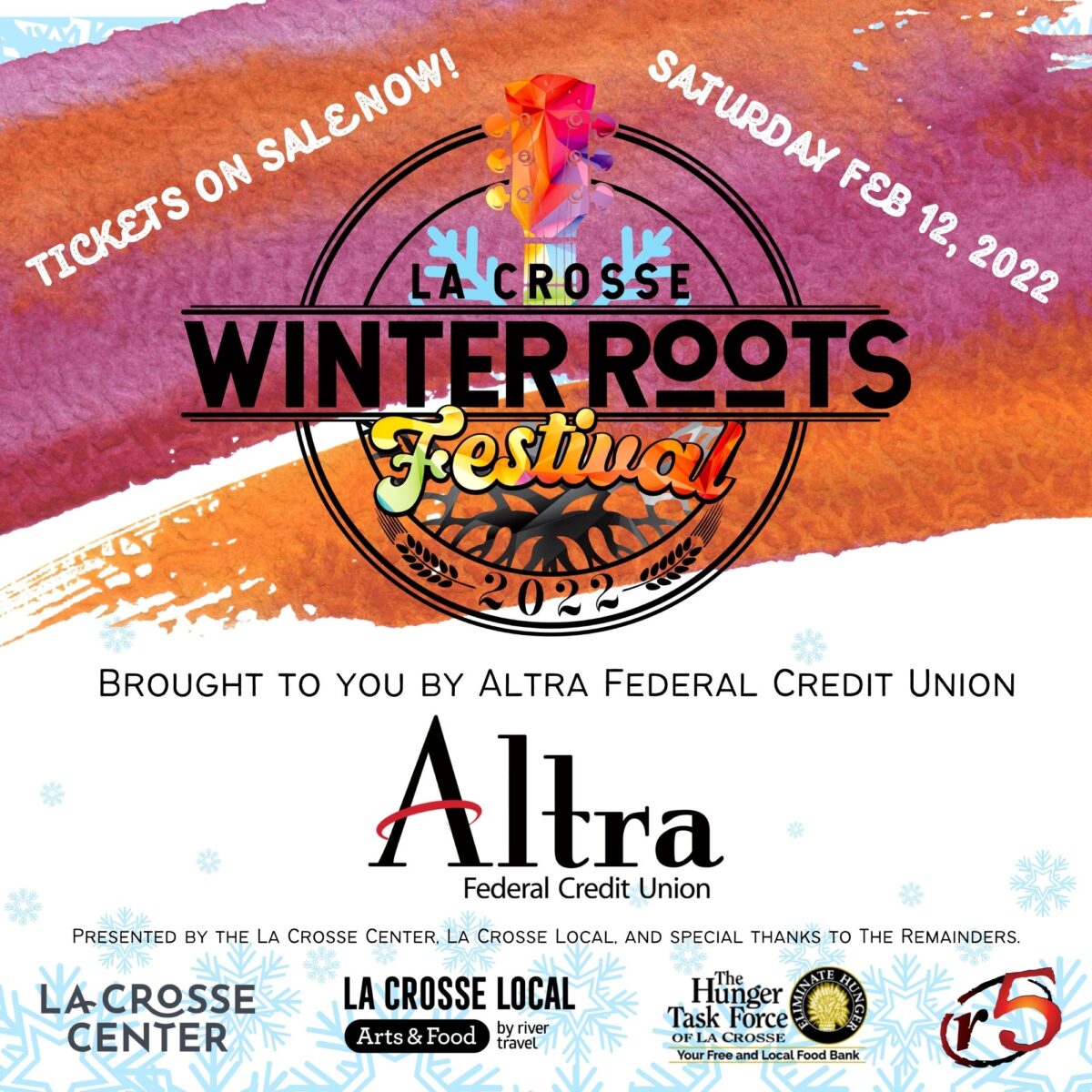 Jack Afternoon 01:56
Well, I guess early on two major influences for me were on the producer side. And that would be Michael Manor and Emancipator, two guys from Colorado and Oregon respectively. And they were just two that really made me want to begin making music just seeing how they could build narratives without relying on words at all. And having something that could take me into an entirely different headspace being able to sense the emotion through a genre that I was just getting introduced to. But more on the lyrical hip hop side, Massachusetts rapper Early Adopted and Washington rapper Grieves have shaped my taste in hip hop over the years and just the kind of openness I strive for lyrically. But since moving to La Crosse, one of the most pivotal figures in my life has been Good Bill, my friend who you spoke to a couple of weeks ago. He’s just insanely creative and seeing his process while making music has reminded me firsthand, just the beauty of collaboration and the impact that emotional vulnerability can have when you’re showing someone what you’re going through. And then I guess finally, moving away from hip hop, one songwriter that I’ve admired and listened to for as long as I can remember is Adam Duritz from Counting Crows. I’ve just always gone back to his writing for inspiration, because he sees the world in such an authentic, unique way. And so many of his songs kind of have this melancholic acceptance of the way things are, and can perfectly match it with the emotion in his voice. So that’s something I’ve really dove into.

Brent Hanifl 03:29
I grew up you know, in basically the 80s, 90s, you know, a lot of sort of gangsta rap sort of stuff. It’s interesting to see these like sub genres, or these different sort of fingers of different sort of lyricists and things like that kind of expanding. Not absolutely, from there, but for someone who doesn’t, you know, know of this sort, is there a particular genre of this sort of music, do you think in some ways?

Jack Afternoon 03:54
I guess it gears as much towards electronic music and downtempo kind of chill hop type stuff than it does to hip hop. I myself have had trouble comparing myself to other artists, obviously, I feel like a lot of artists feel that way. But honestly, it’s just, it’s hard for me to find something that sounds like my music. I’m just trying to embrace that and carve out my own space. And hopefully, people enjoy that space.

Brent Hanifl 04:21
It’s something that I found to be interesting, especially just locally in La Crosse in terms of like, more like honest lyrics, in some sense, you know, being completely open heart forward in terms of writing and the sound of like real issues versus sort of, you know, creating some sort of mysticism behind it. It’s kind of interesting to me.

Jack Afternoon 04:41
Right. It’s definitely about what you’re making music for. If you want a final product that’ll, you know, appeal to a bunch of people or if you just have something deeply personal that you’re going through and hopefully people can take something from it, but you’re really just making that music for yourself and I feel like I’ve always done the latter.

Jack Afternoon 05:06
For a number of songs, it’s started with a lyric or a line that I just sit at the piano with. And I try to figure out chords to it until I have something. But I think more often than not, it’s begun with starting a beat from scratch and just working for a couple hours on it until it can either become something real or if it should stay in the project files.

Brent Hanifl 05:30
I’m sure some take longer, some take shorter. But is it something like that is it pretty quick? Are there some you spend some time on?

Jack Afternoon 05:36
There are things that get going quickly. Like the beginning of songs, and I can really vamp myself up. But once I I really dive into the details, that’s where I kind of, you know, slow myself down in the process. I mean, I feel like I haven’t even gone through the process of making new music or music that was new to me until recently, just because from 2017 through 2020, I had been working on the same seven or eight songs, just perpetually writing, rewriting, reproducing, completely starting over. So all that. So I guess it just doesn’t feel new to me. And though it may be music that not many people have heard, I feel like I know those songs better than any other music I’ve made. But it’s just about being in the right headspace. Sometimes I can write multiple verses in the night. And sometimes I can’t think of a single line to accompany another. Everything I’ve written is very specific to how I’m feeling at that point in time. So once you get clogged down in the details of the production, you eventually begin feeling something different. So it’s kind of been difficult for me with those specific songs to find the same level of emotional drive that I had, when I was going through what the subject matter was about.

Brent Hanifl 06:56
La Crosse Local kind of basically started the process of COVID being able not to go anywhere. We lost a lot of business during that time, got a lot back afterwards. Ninety-nine percent of the population was going through it. How did COVID affect your process, you know, even your life or even just creatively?

Jack Afternoon 07:14
I’m not entirely sure how different my productivity would have been if it had not been for COVID. I’d been pretty off the map and quiet before it had begun. And while I’ve gotten a lot done in the past couple of years, it’s just being my own harshest critic that slowed down the process more than anything else. And I haven’t had the confidence I used to, to open myself up emotionally after being closed off for so long. I think one aspect that COVID did affect was live performances. I had been doing a number of those from 2016 through probably 2018 and then I kind of stopped for a while. But I feel like since COVID started, I would have taken the advantage of, you know, just playing a show at a coffee shop, a little group jam or something to get the gears turning again. And I haven’t been able to do that, so.

Brent Hanifl 08:08
So what’s next? What’s coming up? What are you excited for the next year or two? Is there anything coming out?

Jack Afternoon 08:13
Yeah, right now I’m working on a pretty small project. It’s only a couple songs, but it’s really about the process and embracing the imperfections that I find while making them and not just being able to release it knowing that it’s not going to be perfect and polished the way I’ve been trying to make these other songs. It’s kind of acted as a return to making music as an emotional outlet for me without consideration of what others are going to take from it or think of it. I’m just hoping to get the gears turning creatively so that I can re approach that project and hopefully release the full seven or eight songs.

Brent Hanifl 08:52
So is there any song that you’re particularly proud of off of that or anyone that’s kind of?

Jack Afternoon 08:57
I guess with that one, with the one that’s coming out, it’s whatever I’ve most recently worked on, which at this point it’s a song called Look At How They Fell which I’m very excited for people to hear. But I think overall when I look at my music in its entirety, I would have to say Whoever’s House. I mean when it comes down to it, it’s just my favorite singer Molly Rich and my favorite rapper Early Adopted on a song that I was lucky enough to produce. It’s the first song I ever wrote back in high school. And there’s been several different versions of it released over the years. But I just kept going back to it just the same way I have with these songs. And I’ve always felt that Molly’s voice brought in energy to it that I had to make the beat match. And so for me to do that, and then Early Adopted to want to be a part of it. That was just probably the proudest moment I’ve ever felt for my music, the guy that shaped so much of my life with his own words, it was just unreal for me to get to work with him.

Brent Hanifl 10:38
If people want to follow along, what’s the best avenue for them to go to to maybe check out the new tunes, or just kind of just hit like or whatever? 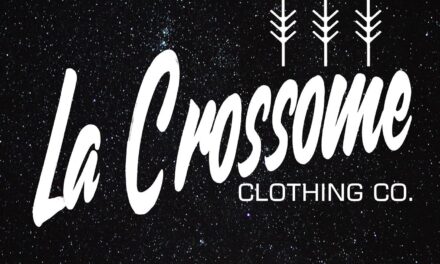 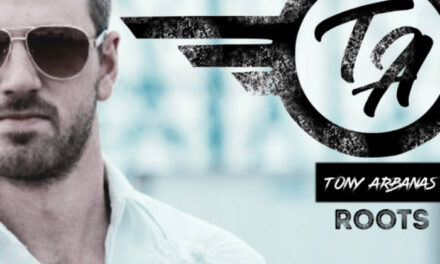 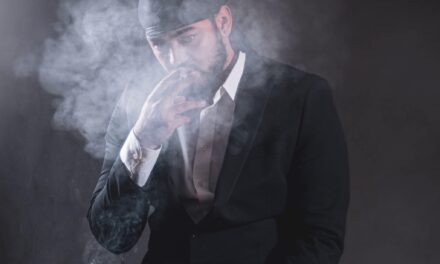 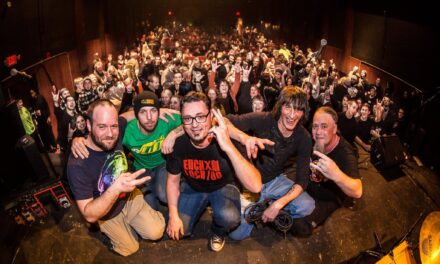