I put so much work into the beat and nobody hears the nuance…I just need to let it breath…it’s a good listen through (on the new album).

Today we are talking to Chris Matthews AKA Jet Hertz, we chat about his new album “Smoke & Mirrors”, which is a collection of rap and instrumental songs, we go track by track, find out influences, struggles, and what’s next for the musician.

Amy Gabay 00:42
Today we’re talking to Chris Matthews, aka Jet Hertz, we chat about his new album Smoke and Mirrors, which is a collection of rap and instrumental songs, we go track by track, find out influences, struggles, and what’s next for the musician. I’m Amy. And I’m Brent. And this is La Crosse Local.

Brent Hanifl 01:01
So, new album Smoke and Mirrors, it’s written and produced by you what’s going on with the new album?

Chris Matthews 01:06
Well, pretty much this is my first tape. So I wanted to kind of show people what I can do. And since I’ve been producing, I kind of want to mix that in with some raps well mostly raps and some beats in there. And because sometimes I’m like, I put so much work into this beat and nobody hears the nuance. And I’m like, I need to just let it breathe sometimes. So I try to like, figure out how to like, make it breathe, where there’s not too much space in between the rap songs and all that stuff. So it’s a good listen through and showcases what I can do pretty much as an artist.

Brent Hanifl 01:43
Through a lot of different rap albums they have these kinds of asides, and these little kind of like shorts on there. Can you take me track by track down the album, what it’s about, or just a little piece about each one.

Chris Matthews 01:55
So it starts off with Sunday Morning, it starts off with like a real short song. And that’s just kind of like an intro into what this is going to be like. And on the second song that’s called Auntie/Uncle, there’s a mix of like me rapping through it, and then letting it breathe through a beat and then coming back to the chorus. And then it just ends, most of the songs are relatively short, just so you can get like a good just have like, all these different types of sounds that I’m using throughout this whole thing. So then the next song is Misery.

Chris Matthews 02:30
It’s kind of funny with this one. This was supposed to be recorded with another artist and it was just supposed to be our song. And then the other artist was supposed to be like, well, if you want Fernando on it, too, we can do that. And I was like, okay, so went up recorded here at the house. And I looked at Fernando on his last take and my computer glitched, and we lost that file, but I tried to bring it back up, and it was still corrupt. But I can load it so much where I could export what we recorded and get it back to my computer. And ever since that, that song came up, never to be pulled up again. And I think that’s crazy on the hella because we got his last take and that’s what it is on the track. Yeah, and then we got Buffer. Buffer that’s an instrumental and reflections I love this, kind of introduces the Eartha Kitt bytes I use throughout this album. I use it twice. Because I love her. I love her. I love her so much I use this sample, I can’t remember what the sample is. But it’s the only sample on the whole tape that I did this probably a year and a half ago. And I just was waiting and waiting. And I was like, Man, I’m just gonna license this, so I licensed it. I’m like, let’s throw it on. Let go. Just a normal song, Your Makers – another beat. And then we get into Kind and Roshambo. These are kind of cool because I use some of the same high hats but not on the same track. Like I don’t use them like constantly in one and I use them as like a ricochet hi hat on the other. I think these are really my like hardest songs of the whole thing. Because it’s really emotional. And the 808s weights are really powerful on it. So it kind of gets that point across. As we go on. We used another or the Kitt’s sample and I actually cut half of an interview where she was laughing and happy and telling how she’s strong and all that stuff and I cropped it with another one. Another interview where she was sad and telling about her Life struggles and all that stuff. So when she says her sentence, in that, it’s kind of reflecting on the good and the bad. And that’s also why the song is split in half with Scars and Wanted. we got Better Now, that one’s the old one too. And I was looking through my songs, I’m like this, this will fit this will fit. I liked this one. So I threw that in. And I’d say, this next one, Kings, is probably the latest song that I’ve worked on, probably like a couple months ago. Again, I think all of these really fit into what I was trying to go for through this, is just like, what I can do, what I’ve shown and how I’m going to proceed through this Smoke and Mirrors. And then we got, I’m Still Breathing, we got a voicemail of my dad in the beginning, or I was on the phone with him and I was recording. And I just let the mic run, see if I can get anything and then I put that on the beat that I was making. I think that was the perfect one to end on. And it really is emotional. And you can just ride it out to the end and it slowly ends and you’re like, Okay, I can wrap all that in together. And it really is, in my opinion, the best way I could have sorted these songs to be honest.

Brent Hanifl 06:10
So what’s the theme that’s running through it? I mean, you kind of tell a story just through that process. But is there an overarching, kind of talked about joy and happiness, but also some sadness? Is there a theme that puts it all together?

Chris Matthews 06:22
I’d say it’s perseverance. Me, myself, have an issue with being like satisfied. I mean, a lot of people aren’t. But I’m always like, what is it? What’s, what’s this thing that’s itching me that’s not good enough? Or that I can’t get a hold of or something like that, like I can’t? How should I say, it’s about being a better self? Like, I’m doing pretty good right now, I could always be doing better. And I think that’s what I always keep in my head when I’m always making this music and stuff like that.

Brent Hanifl 06:52
Absolutely. You know, and also during this time, during the pandemic, I’m sure there’s lots of reflection time, what have been some of the struggles the last year with you pulling out these albums, but also, you know, just dealing with the global pandemic, do those correlate?

Chris Matthews 07:08
Usually, I’m just inside making beats all day anyway. We kind of just write’n and just you know, being creative inside normally. So it’s kind of a shock to everybody around me. And it kind of showed me cuz I’m like, I don’t I don’t even know this asshole so what’s up. And so they got more influenced into their music because they could do it solo. And then I’m looking into it. I’m like, well, this isn’t really much of a struggle. It’s like, I have more time to do the thing that I need to be doing to succeed in what I’m doing, like I said in the other podcasts we did, I think it just just gave me a lot more time to write and think of new ways to make beats and stuff like that then going out and all that

Brent Hanifl 07:54
Seems like you’re just actively, you know, actively releasing things from working with Fernando to Knee High July, the new project, the Lavender Project, what are these collaborations been like?

Chris Matthews 08:05
Well, for that I started, I started music with Fernando. And it’s always a pleasure working with him because we live together right now. I say we’re getting back on track. Right now, like the other day we were recording and it felt real smooth and real fast and just better than we’ve recorded before. And we looked at each other like Yeah, man we get’in it, like recordings are taken real short time. That’s always good, because it takes hours sometimes to even edit the good recordings. Working with the people from Knee High July and Lavender Project that just really expands my mind with how I can approach a verse, even because I hear all their ways that they’re approaching their different parts and the songs that they have their own duty to, you know, do well. So I’m looking at myself, I’m like, can I do some notes with some rhyme schemes or go faster, go slower? Change the pitch of my voice, all that type of stuff. It’s really making me a better artist to expand, to do different things with different people except, or instead of just doing it by myself, which I wouldn’t be,

Brent Hanifl 09:14
You know, you have the new album, what else is coming up for you? What are you excited about for this year?

Chris Matthews 09:19
I’m collaborating with a lot of people. I think we’re like, I think it’s fascinating how people can just do collaboration tapes. So I think I’m going to do a lot of those. Because I listened to a collaboration tape. I’m like, Okay, this duo really works well together. And I work well with a lot of other singular people. So that would be great to just get maybe like an EP with somebody el
se, or get an EP with them, get an EP with them. And I know I’m doing a mixtape with Fernando, and it should be out by the end of the year maybe. But we’re still working on that and then I have another group project with him and another rapper, and then we got to do some studio recordings. The Lavender Project and we’re making probably around a three hour set by summer. So yeah, yeah, we’ll be working on that.

Brent Hanifl 10:11
If people want to find out more or pick up your music, where’s the best avenue to send them?

Chris Matthews 10:15
I’d say they could look us up individually or look me up on Spotify, iTunes, I’m on Instagram. All those places you can find music you can find my music there.

Amy Gabay 10:30
La Crosse Local Podcast is a production of River Travel Media. Do you have an interview idea you’d like to share with us? Message us on Facebook @lacrosselocal. Find out more about us at lacrosselocal.com. And you can subscribe to the La Crosse Local podcast on your favorite podcast app. If you’d like us, rate us five stars. We appreciate it. 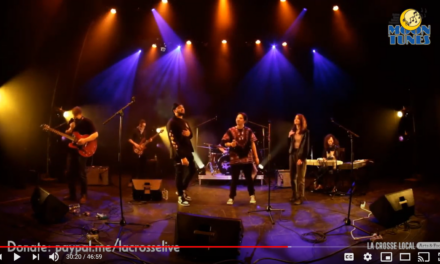 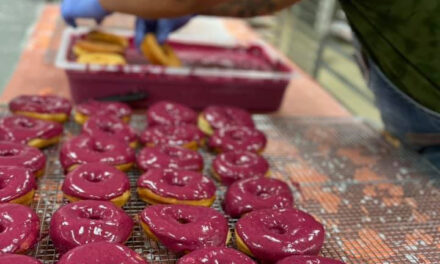 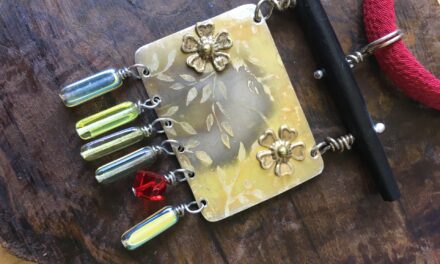 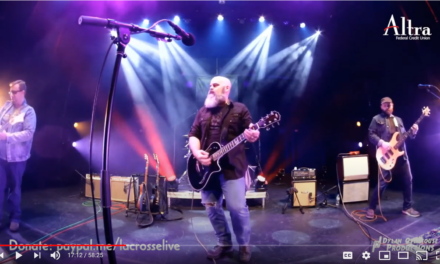