I have to make every sound…organically, so there is no sampling…so if I want to add any sort of percussion, I’m doing it in snaps, claps, hand rubs…all that stuff…(on his philosophy of making music).

We interviewed Gralyn Stiehl on his music and process, going by the moniker Graylord we explore influences, how he got into music, and his path to creating it. We explore what’s coming up for this unique area musician and where can people find out more.

Amy Gabay 00:05
We interviewed Grayln Stiehl on his music and process going by the moniker Graylord. We explore influences, how he got into music, and his path to creating it. We explore what’s coming up for this unique area musician and where people can find out more. You can find more conversations, food reviews, live music and events on our website, lacrosselocal.com. I’m Amy. And I’m Brett. And this is La Crosse Local.

Grayln Stiehl 00:54
All right, well, my name is Grayln Stiehl. I was born and raised here, I’m from La Crosse. And the story of how I got into music actually is a pretty interesting one, I would say. But basically how it goes I have three brothers and sisters. So well, two brothers, one sister, let’s say. And ironically, I’m the oldest of the four. And my parents, they just decided that oh Grayln he doesn’t have any musical interest, nothing. So, they actually skipped me for music lessons and started all the three other ones on piano lessons, one by one. And actually didn’t even give me music lessons. And, so, I didn’t even know I had a musical bone in my body. And then when I was in high school, I was playing the game Rock Band. And my brothers and sisters, they would always fight over who had the microphone and who had the guitars. So, I just took the drums just to avoid conflict. And so one day I completed Welcome Home by Coheed and Cambria on expert. And I was just like, wow, like, I feel like I could do the real thing. I mean, I just beat that on the hardest difficulty. So, I talked to my mom and she happened to be working with a drummer whose name is Andrew Steindorf, and he’s the ringleader for the group Beats Of Freedom here in La Crosse. So, if you haven’t gotten him on your podcast, you definitely should. But yeah, he was my drum teacher. And it just all kind of went from there. Eventually, I took piano lessons and learned guitar, and then taught myself how to sing. And here we are now.

Brent Hanifl 02:30
So, what are some of your musical influences? You know, I am hearing exactly what you said almost Coheed and Cambria. But also like beatbox it kind of sounds like and also some international influences. Is that intentional or?

Grayln Stiehl 02:44
So, yeah, kind of one of the philosophies of my music is I have to be able to make every sound right? Organically. So, there’s no sampling nothing. So, if I want to add in any type of percussion, I mean, I’m doing snaps, claps and rubs. Clobby sounds, you know, all that stuff. Yeah, and all the way up through like almost even beatboxing and stuff like that. The percussion instrument that I do use, my primary one, is a cajon. So, I use that. Pairs very well with like acoustic music. As far as international influences go. So, growing up my favorite band was Tool. They use kind of a lot of those Phrygian, kind of Middle Eastern-y kind of things going on. I do like a Turkish guitarist, and I’m not even going to attempt to pronounce his name. Yeah, but he’s a really, really, really good solo guitarist and he uses a lot of those funkadelic, kind of like Phrygian scales and stuff like that. And that I’m very fond of, you know, for their dark, kind of weird characteristics about them. So, other than that, I guess growing up on Eddie Vetter was a huge influence. But also nowadays I’m really into like Sufjan Stevens. Yeah, Sufjan Stevens, I love all that banjo and stuff like that. I mean, mandolin music. I love Mandolin Orange. I love Nickel Creek. So, I’m into a whole range of stuff, but it’s been getting more and more acoustic as I’ve gotten older.

Brent Hanifl 04:16
So, listening to your music and you kind of explaining it, creating sounds with with your hands and snapping and stuff like that. How do you go about creating music? Is there a process to it? Do lyrics come first? Does the music come first? Does it take a while or is it pretty quick?

Grayln Stiehl 04:30
The answer to all those questions is yes. Basically, everything that you suggested. It mainly just comes from being in love with the instrument. As cheesy as that sounds, but it never is lyrics first. Like I never come up with lyrics first. I swear to God, I’ve only ever come up with lyrics first once. But like, literally, it’s always just me just playing the instrument and just spending time with it. And then eventually, as I’m working the instrument like something will catch my attention, you know. There will be some sort of melody, some sort of rhythm that I’m doing that connects with like some sort of emotion or a memory, or something. Or it just sounds cool in general, you know, without being connected to anything specifically. And than I build it from the riff up. So then, lyrics are usually the last thing I do. And that’s I’m really slow at writing those. I have some songs finished that, like I finished like a year ago, and I just still gotta write lyrics for them. But I, that’s the one thing that like, you cannot half ass lyrics. Like I feel like if you just shoehorn some lyrics in there, it never works. So, I have no problem taking a long time to write the lyrics.

Brent Hanifl 05:42
You know, I’ve talked to some artists and they talk about COVID, as, of course its been, you know, detrimental to a lot of people, 99.9% of the population. But how has it affected you creatively? Has it allowed you time to work, or has it been something that’s kind of been a stifling?

Grayln Stiehl 05:57
While, just to be honest, the job that I’m working at is considered essential. So, I mean, my hours have been cut a little bit. I probably was working 50 hour work weeks before COVID. And now I’m down to like 40 to 45. So, I guess there’s been a slight impact on my work schedule. But overall, my life has been pretty business as usual, work wise. But yeah, I wouldn’t say that it’s particularly impacted my creativity or anything like that. I mean, you know, I’ve just been chugging along, doing my thing and getting through it like anyone else.

Grayln Stiehl 06:45
Well, I’m gonna try to get another song cranked out here soon in the studio. My producer, he’s got two kids and, you know, he works full time doing sound for bars in his area and stuff like that. Other than that, the biggest thing moving forward is I’m actually going to be moving to Austin, Texas in August. So, hopefully I could get some love and support and be the hometown hero down there. And see if I can make something of myself.

Brent Hanifl 07:13
So, if people want to follow along, maybe, you know, see how you’re doing here over the next couple years. What’s the best avenue for them to go to?

Amy Gabay 07:31
La Crosse Local Podcast is a production of River Travel Media. Do you have an interview idea you’d like to share with us? Message us on Facebook at La Crosse Local. Find out more about us at lacrosselocal.com. And you can subscribe to the La Crosse Local podcast on your favorite podcast app. If you like us, rate us five stars. We appreciate it. 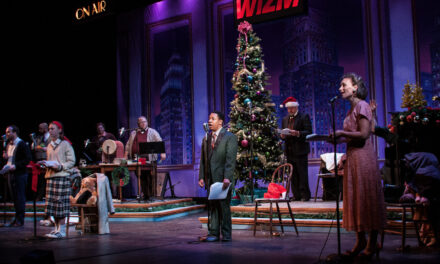 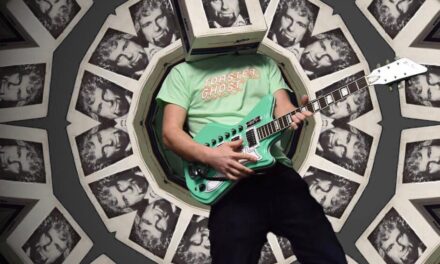 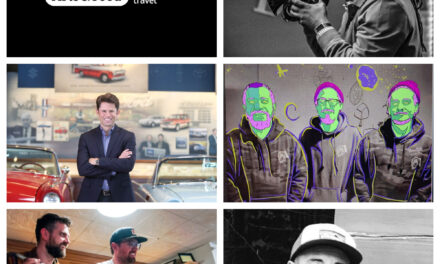 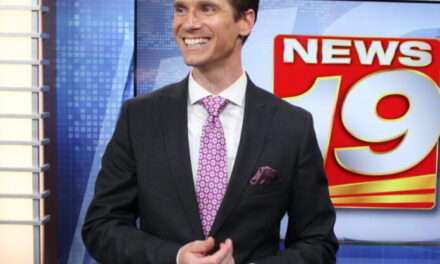 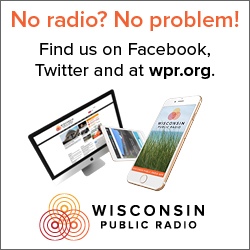