E.182: Michael Tirado | During This Collapse

Listen to "E.182: Michael Tirado | During This Collapse" on Spreaker.

I believe that creating something of honest expression of myself, is really the only way to create something…(on song creation).

Musician, During This Collapse

We had the chance to connect with Michael Tirado aka “During This Collapse”, we discussed musical influences, what led to his sound, the origin of this project, the songwriting process, what’s coming up next for this musician and where people can find out more.

Michael Tirado 01:14
My name is Michael Tirado. I was born here in La Crosse, Wisconsin. And how I got into music, so I had started playing like saxophone in grade school. And I don’t really necessarily count that. But, I actually I was 14 years old and I remember seeing Joey Jordison, the drummer for Slipknot. I remember seeing him in a music video, and also on a live performance on YouTube as well, that really intrigued me. So, I kind of wanted to become a drummer. But even from there, sort of picking up other instruments, you know, I ended up playing bass guitar, electric guitar, and then also piano as well.

Brent Hanifl 01:55
So, you reference Slipknot in there, what are some of your other musical influences that you kind of take or meld into what you’re doing now?

Michael Tirado 02:03
So as far as I go, you know, you can look at projects in groups like Modway is one of them, Slow Meadow is definitely one of them, and then Hammock as well, which they’re kind of more on the ambient side. They’re still definitely a huge influence. However, there is, as far as like the piano aspect goes, Gerive, which is somebody over in Europe. He creates a lot of piano music, which I kind of influenced, he’s a huge influence for me, as far as that part of music goes.

Brent Hanifl 02:39
When I took a listen to it, I instantly kind of went to the band’s like explosions in the sky like you stayed in mogwai.

Brent Hanifl 02:46
So how long have you been writing music?

Michael Tirado 02:48
I’ve been writing music since, say around 2018. You know, it started out kind of slow, just because I was also, I also do the production side of my project as well. So I had to learn, you know, digital audio workshop and everything that comes with that with mixing. And then the mastering I don’t touch, but mixing and then everything else that falls within that as well. So, I mean, kind of a relatively short period, but.

Brent Hanifl 03:19
You talk about the project, which just from, you know, looking at it’s called During This Collapse. So, how did that name or how did the whole kind of thing come about?

Michael Tirado 03:28
That honestly, it was, this project, was underneath a different name, which holds really kind of no relevant relevance. But where During This Collapse comes from, this project is actually mental health based. And I can get into a little bit of that here. But thinking about like, you know, what would be a good name. And like, you know, I thought of During This Collapse is like really fitting. And how that’s fitting is, and what I’m about to tell you I don’t recommend other people doing as far as the writing style goes. However I will, because I have a background with mental health and substance abuse and everything else. And all that plays a role into creating what I create. So, in other words, you know, I will intentionally put myself into an episode, whether it’s a depressive episode, you know, a depersonalization episode, whatever it may be. And I make sure that I don’t go too deep into it because it can be dangerous. It’s just, I don’t recommend anybody else doing that. But the reason that I do that for my music is because I believe that creating something of honest expression of myself is really the only way to create something, so.

Brent Hanifl 04:46
So taking the kind of the mental health aspects of that. How is COVID for you? I know that’s been really difficult for people that are creative, for people that write music, for not being able to get out How did this you know 2020 do for your creativity?

Michael Tirado 05:00
So, honestly, COVID had, I had recently found out that I need a fine balance between, you know, person to person interaction, whether that’s friends or you know, whoever, and creating music. And I was struggling for a really long time, since basically the whole year with COVID going on and all that, I had a hard time just like getting to sit down and open up my digital audio workshop, and just like, create something. And I would just like, tell myself over and over, like, okay, today I’m going to sit down. And it just wouldn’t happen until like, restrictions lifted a little bit and I got vaccinated, and so on so forth. I got to see some friends and like, you know, spend some time with some people I haven’t seen in a while. And I went home, and I just I sat down right away, and I just started working on things and like, it just it came back to me. So, it did have an impact on me for sure.

Brent Hanifl 05:59
You kind of reference this kind of sitting down, letting it all go. How do you go about songwriting, then? Is it a process? Is it long and drawn out? Or is it something where it just hits you and you gotta lay it down?

Michael Tirado 06:10
Honestly, it’s kind of a, I mean, it can be a hit or miss, where I may have an idea, like, I’ll just be laying down one time at like, I don’t know, one in the morning, and it’ll randomly hit me or I’ll be at work. But the majority of the time, what I create is really emotional based. And like I said, mental health based as well. As far as it being emotional based, you know, you look at genres like ambient music, that type of style is, especially post rock music, there’s no strict standard way of writing music when it comes to those types of genres. It’s really there’s no limitations. There’s nothing. I mean, that’s why you see songs that are like 12 minutes long, you know, it’s all emotional ran. And that’s kind of what I like to try to follow.

Brent Hanifl 07:01
Predominantly, I’d imagine, you know, you’re working a lot with, and you could tell me if I’m wrong, but you know, you’re working a lot with your computer. So I mean, is recording, is it kind of like you’re kind of laying it out as you do it? Or is it fast and furious? Or do you go and work with someone else to put it together? How, what’s the recording process like?

Michael Tirado 07:19
So, the recording process, actually, for the most part I would say, is done myself as well. Which relatively isn’t, you know, difficult to do, especially when you, a lot of it’s electronic. But, I mean, there is, of course, some acoustics and stuff that will have to be recorded in other places. But a lot of that, like I said, is electronic. So I mean, you know, and that’s also been a process as well. There’s, I don’t think people really understand how much technical side to creating just a song. You know, there’s a lot of technology as far as that goes, but.

Brent Hanifl 07:57
So, for someone who’s never heard your music before, is there any particular song that you’ve been, you know, that would be a good entry point for them?

Michael Tirado 08:04
For an entry point, I mean. Because as far as this new release, that actually releases on August 15th, I would say since its new release, it’s kind of a mix of things here and there. Either track three, which is, “for her wherever she is,” or track six “run on red line lights.”

Brent Hanifl 08:50
Just mentioning the August 15th release. What’s next for you? I mean, it’s basically that release, are you going to play out or?

Michael Tirado 08:59
So, I actually am currently, since I’m done with the release, actually ended up getting done with it earlier than I thought, I am currently going through live production process. So, what I mean by that is I am just basically practicing, running through, and making sure that I have everything together. So, that comes time to play live that I’m ready and have all my ducks in a row. But I’m also hoping for summer of 2022, going on tour. I mean, I’m hoping for that it is a really kind of depends. But I mean there will probably be another release in between then, which I am more so focusing on the piano side of things, which would be for my next release.

Brent Hanifl 09:46
Relatively, this new sort of project since 2018, you know, it seems like things are starting to move along quickly. You know, talking about this tour and then the new album. Where can people find out more, you know, if they want to follow along or you know, just kind of check in with you and your music?

Michael Tirado 10:00
Spotify would definitely be the place to go. One of the places which all they have to do is just type in During This Collapse and it’ll show up. However, you can also go to duringthiscollapse.com, which will bring you to my Bandcamp page as well.

Amy Gabay 10:19
La Crosse lacrosse Local Podcast is a production of River Travel Media. Do you have an interview idea you’d like to share with us? Message us on Facebook at La Crosse Local. Find out more about us at lacrosselocal.com and you can subscribe to the La Crosse Local Podcast on your favorite podcast app. If you like us, rate us five stars. We appreciate it. 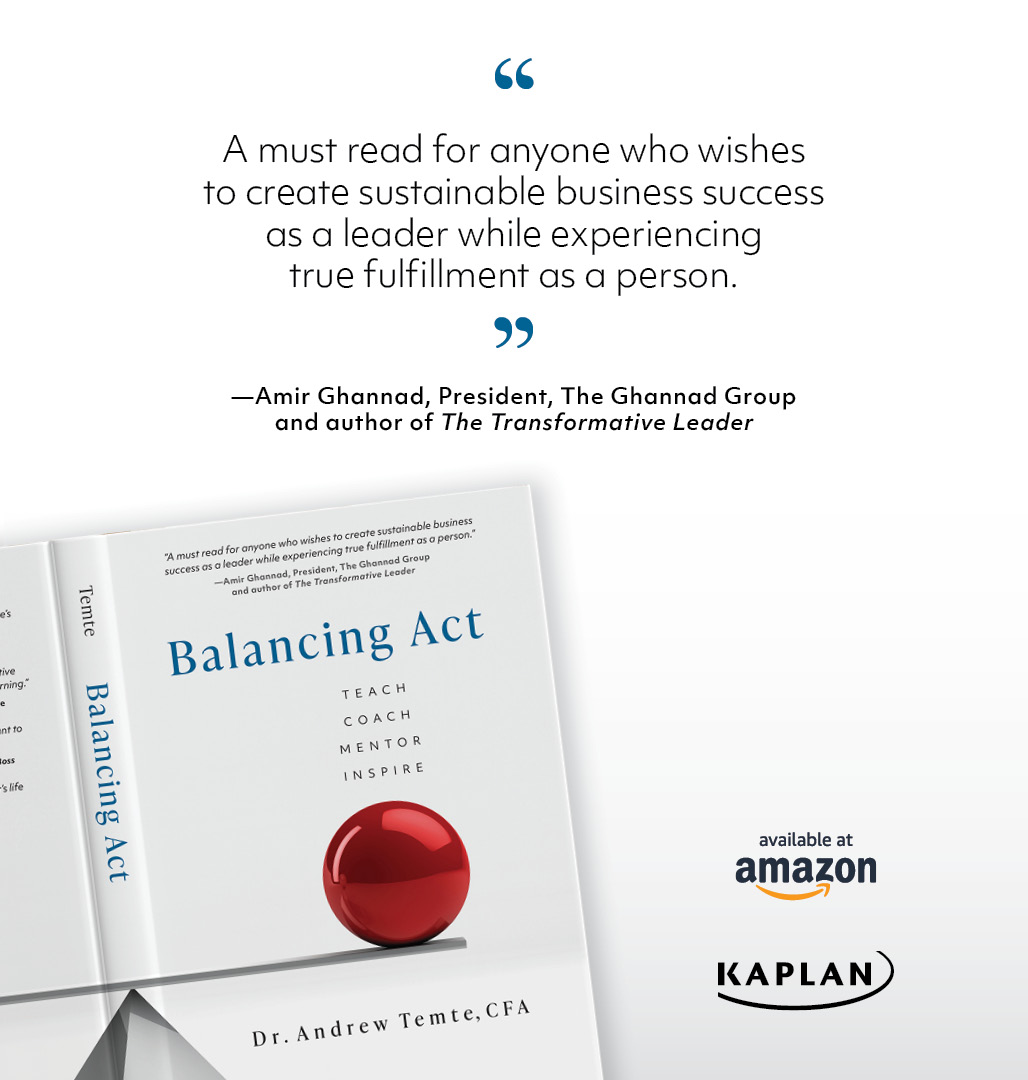 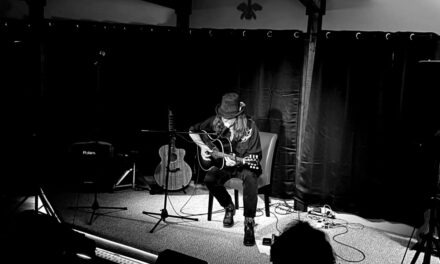 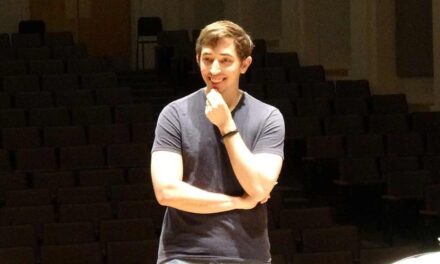 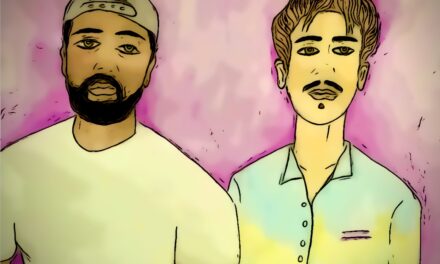 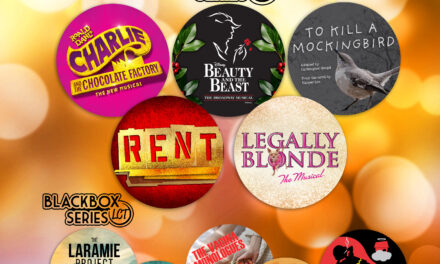 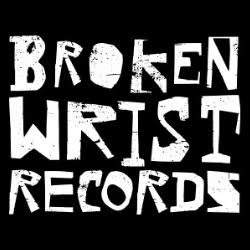 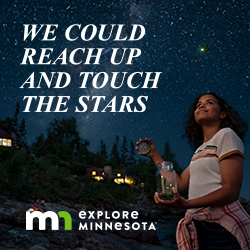 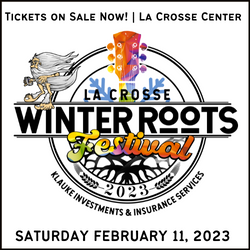