Listen to "E.169: Barely Losing" on Spreaker.
We had a couple shows (as a four piece) pre-covid…and we haven’t done anything up until a few weeks ago…we are going to do what we haven’t done in over a year.
Brian Stehula

We got the opportunity to sit down with the guys of Barely Losing, we learned about musical influences, the history of the band, writing and recording, how covid affected the band and what’s next for them.

Amy Gabay 00:05
We got the opportunity to sit down with the guys of Barely Losing. We learned about musical influences, the history of the band, writing and recording, how COVID affected the band, and what’s up next for them. You can find more conversations, food reviews, live music and events on our website, lacrosselocal.com. I’m Amy.

Jack Nachtman 00:45
My name is Jack Nachtman. I was born in Dubuque, Iowa. I got into music in grade school. Started our first band when I was 14, with another original member of this band when he was 13, so.

Jack Kessler 01:02
I’m Jack Kessler. I’m from La Crescent, Minnesota. And I started playing guitar when I was 14, because I wanted to pick up chicks.

Brian Stehula 01:16
And I’m Brian Stehula. I kind of got a late start. I always loved music, but didn’t really know the right people and was maybe too timid. I didn’t start until later, like, right around like 30 or so. And part of a band, we’ll probably touch on, Shot To Hell was my first band.

Brent Hanifl 01:38
So, how did Barely Losing come together? What was the process to this band?

Brian Stehula 01:43
Well, it kind of is a little bit. I’m just going to talk about Shot To Hell a little bit. Shot To Hell played with a band that Jack Nachtman was in called Mud Ride. We had a lot of shows in Madison and here, La Crosse, and so we knew each other. And we had turnover in the drums spot and Jack ended up moving here to play drums with us.

Jack Nachtman 02:14
It just so happened all the signs were placed on your shoulders.

Brian Stehula 02:16
So, that’s kind of the start of it. And then Jack said before, a Middle School/Grade School friend of his, Sean, was also one of the first members of the band. We all had met up a few years later after Shot To Hell sort of stopped playing.

Brian Stehula 02:38
Yeah, we were at a house show this is Bobby Bear Jr.

Jack Nachtman 02:41
And maybe we should start a band.

Brian Stehula 02:42
Yeah. So that’s how that happened. And, you know, we’ve had, like I said, we’ve had some turnover, you know, on the drum spot. Our current drummer is David Olson. He’s a great guy. And then Jeff Kessler here, took over from Sean Healy and he’s our newest addition. A couple shows pre COVID and then yeah, we haven’t done really anything up till a few weeks ago. And actually today we’re in for our first live indoor practice as a four piece we’re going to do what we haven’t done in over a year.

Jack Kessler 03:20
I think we were really starting to hit our stride on stage chemistry together. And then we had a few more shows lined up and that was a, we had the rug pulled out from under us, like you know everyone in live music will say about last year. It was pretty tough but we’re hoping to pick up where we left off this weekend.

Brent Hanifl 03:38
From each of you, I don’t know maybe collaboratively with the band, where do some of your musical influences come from? I mean just listening you know, growing up for me, going to the bars locally. You know it seemed 10 to 15 years ago is was a lot of jam bands and things of that nature. But over the last you know, year I’ve been interviewing so many just highly original musicians and artists in the area. What kind of influenced you guys?

Jack Kessler 04:02
I was pretty heavily influenced after the first teenage band where you get asked to do the cover songs, like Johnny B Good. I was introduced to the Minneapolis scene. Who’s gonna do, The Replacements, Magnolias. Yeah, that scene really decided what I really wanted to do in music.

Brian Stehula 04:30
Yeah, for me, like The Replacements and Solo Sound are huge as well. Also kind of got into some of the old country stuff, which you know The Replacements had a little bit of that sound in there, but bands like Uncle Tupelo which went on to become Sunbolt and Wilko. So, Uncle Tupelo was one of those bands where, you know, they weren’t technically super proficient, kind of had a little bit of that sort of country thing. And that really resonated with me, especially somebody who at the time hadn’t really started to play yet.

Jack Nachtman 05:04
Yeah, I guess my influences are always a little weird to talk about. I started out playing more like blues rock, and kind of like more of the pop punk stuff from when I was a kid. First few bands though were all like metal core and like post hardcore, so it was a little more of kind of ftting in with the scene in La Crosse at the time.

Brent Hanifl 05:25
So I’m sure this is gonna change with kind of the new rotation of members. But how do you traditionally go about writing and recording, and even with COVID? Just saying that you guys are getting the room just now for the first time in a year? What is the process like? Or is it just completely changed?

Jack Kessler 05:41
Well, I know one thing, we’re kind of amazed that we can all play instruments still. Just personally, I didn’t touch my guitar. I was kind of depressed with the whole thing. You know I’d get a spark every once while just seeing on YouTube or something where one of the bands, my influences or somebody, did you know put out a new album that I’m like, I should really start doing this. But I think Brian made me start really thinking about doing this again.

Jack Nachtman 06:34
They’re usually pretty well put together. And it’s just like, okay, what sprinkles do you want to add on to it? Which I guess is you can say a lot about most of our work is just kind of what kind of extra shit you want to add.

Brent Hanifl 06:47
So you kind of referenced you know, throughout this COVID has affected the band greatly. Talking to a lot of musicians, some have actually just like you said, kind of paused and haven’t done anything with it for a number of months, but then actually went to went on to write a bunch of songs. Has it pretty much been like kind of a stalemate you guys think, or do you think this is going to be in some ways utilized for future creativity?

Brian Stehula 07:09
I don’t know I’m feeling energized. Like I said, I haven’t really finished a lot. And I’m hoping that this energy, hopefully post vaccine and COVID will finish some of those ideas and hopefully the band as well. And I know Jack’s got some new ideas that we need to get to.

Brent Hanifl 07:31
So is there anything you guys are looking forward to in 2021? Or even 2022? What’s next for you guys? Are just kind of like, you know, rubbing your eyes and coming out of the cave and hoping for the best?

Brian Stehula 07:43
I think we’re looking forward to getting back on playing some live shows. That’s, you know, I think that’s probably, you know I don’t want to speak for the group, but that’s probably the most fun thing that we do. We haven’t decided where we’re going to record yet, or exactly how many songs. We’ve got two previous five song EPs that we put out. And we haven’t really decided how many songs or where we’re gonna record the next one. But hopefully within the next few weeks to months, we can start honing in on what that’s going to look like.

Brent Hanifl 08:17
So speaking to those two EPS, what’s the process like for putting those together? Is that a, you know, fast and furious sort of approach? Or do those pieces take a little longer?

Jack Nachtman 08:27
We played out with all the music for quite a while before we recorded. I think that helped because we recorded live and then went back and did vocals, maybe a guitar solo here and there. But so that helped with recording. We want it to sound like us playing live, so I think that really helped.

Brian Stehula 08:49
Yeah I think it helped us because that’s what we did. Yeah, there weren’t a ton of overdubs on those two EPs, like Jack said. You know, vocals and maybe a little bit faster guitar here and there. But those went pretty quick. Those were, what maybe a day or?

Jack Nachtman 09:05
You know, we do a weekend. And then once everything was recorded, and then we go back and touch it up, basically. Yeah. It was pretty easy. It was we had a good friend that helped us, so.

Brent Hanifl 09:07
Do you guys just put it together, self recorded, put it out yourself? Everything like that?

Brian Stehula 09:28
Yeah, we did it. But we also did put it out on the streaming sites, too. So it’s both of those EPs are available, like through bandcamp. We’ve got a page there and we’re also on you know, things like Spotify, like that too. So you can you can find that Barely Losing songs out there. There’s a couple videos that we did as well.

Jack Nachtman 09:51
Yeah, but we had help with those as well. They’re on YouTube and they’re also on our Facebook page. There’s more than one, a few videos. But there’s two kinds of official videos one for Firefly and one for Switchblade.

Brian Stehula 10:20
Yeah, Ken Spear who is playing drums for us at the time did the Set Me Up video and Jacob Mon did the Firefly video. So those are little more than just my live videos they’re actually formed. Firefly has a little bit of a story to it interspersed with some what kind of live stuff, too, but.

Brent Hanifl 10:45
You mentioned there Spotify, you guys are on major, you know, streaming outlets, you’re on YouTube. What’s the best avenue for people to find out more information and kind of follow along with what’s going on with you guys?

Brian Stehula 10:55
Facebook. We don’t have an official site, so the Facebook page and then also the Bandcamp page has our stuff there. So, those are I think the two main online presence. We have a also an Instagram account as well. 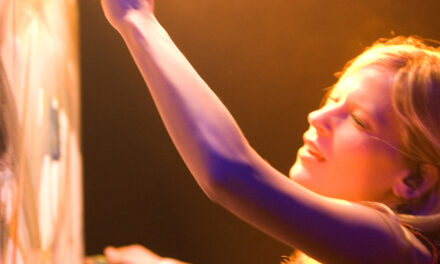 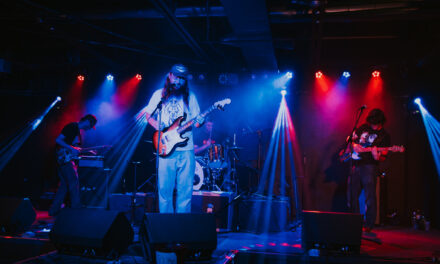