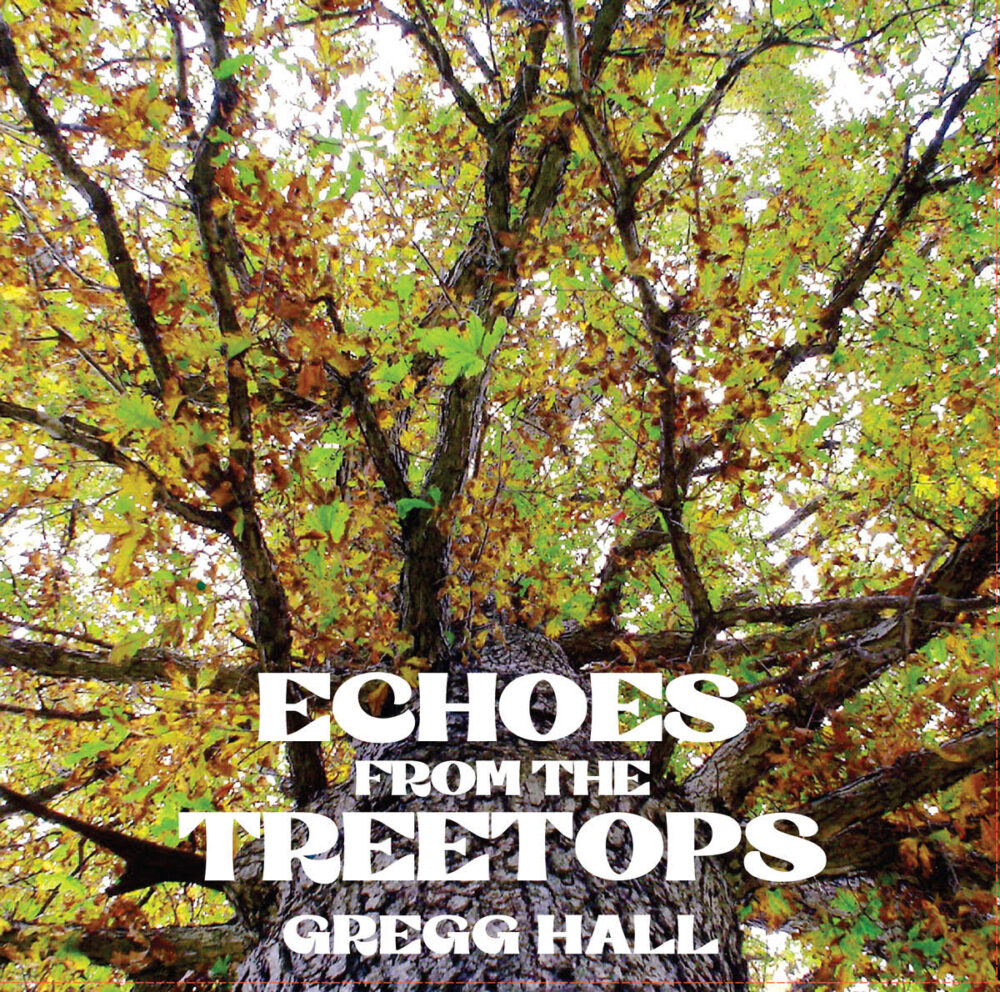 “This album is different from all the others I’ve done,” Hall said. “I feel that the songs on this album are the best writing I’ve ever done, and it’s by far my best produced album.”

Echos in the Treetops 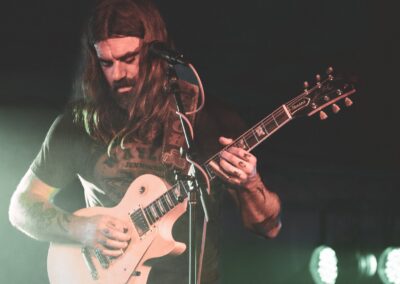 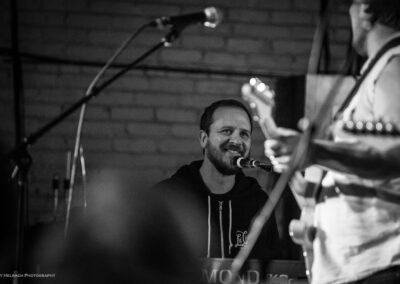 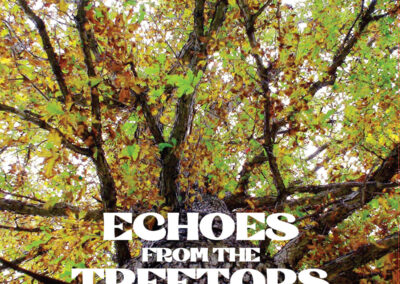 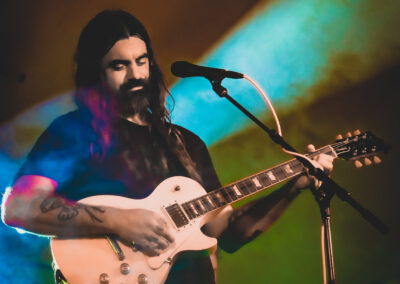 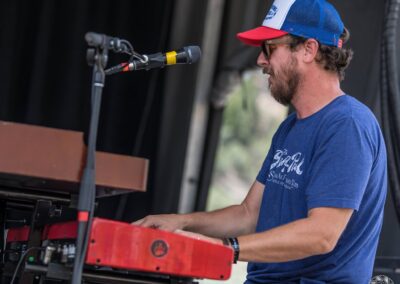 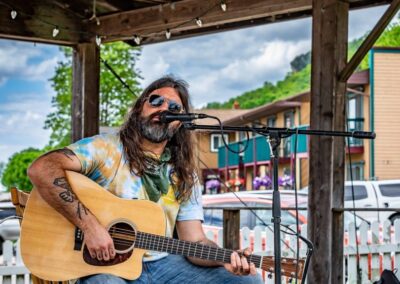 Gregg Hall has been a cornerstone of the western Wisconsin music scene for nearly half his life. At 40 years old, he’s played on a dozen albums, recorded over 100 songs, and performed countless shows as a sideman, frontman, and solo/duo act. You’d think he’d be easing up, settling into a comfortable groove.

With his soon-to-be-released album, “Echoes in the Treetops,” Hall makes it clear that inside his chest beats the raging heart of a rocker. The seven-song collection has the fire, the effervescence of a debut album, but it’s seasoned with the soul and perspective of a high-mileage road warrior and the wisdom of a one-time party animal who saw the light and found sobriety four years ago.

For all the miles he has logged playing music, Hall has always stayed close to his roots. He grew up in the town of Medary, just east of La Crosse. His kin settled in Smith Valley in 1863, and he grew up just a quarter mile from that historic original farm, surrounded by a huge extended family of musicians and artists. By the age of 8, he already was performing.

“He’s dedicated his life to music and making music,” said Chad Staehly, a longtime friend who produced “Echoes from the Treetops.” “I saw that commitment in Gregg when I first met him, when he was essentially a kid. It was obvious to me that he was a lifer.”

A member of the Smokin’ Bandits from 2004-13, Hall also has played in the White Iron Band since 2009 and toured with Nicholas David from 2014-17. After starting Deece Productions in 2010, he produced and performed in 20 different tribute shows, starting big with a salute to The Band’s epic finale, “The Last Waltz.” Other tributes have included salutes to Neil Young, the Grateful Dead, Lynyrd Skynyrd, Tom Petty, The Beatles, The Doors, the Allman Brothers Band, Willie and Waylon, and the lollapalooza of La Crosse tribute shows, the annual Moon Tunes Woodstock concerts. And he’s started his own annual music festival in Smith Valley called Deecefest.

In 2013, he formed Gregg Hall and the Wrecking Ball, recording three albums of his take on outlaw country backed by top-flight La Crosse bandmates: “This, That and the Land” in 2016, “The Mrs. Hippy Sessions, Vol. 1” in 2017 and “True Story” in 2020. Going country didn’t exactly go against Hall’s nature. His first concert, after all, was Johnny Cash, and he named his second son Waylon, age 7 (he also has a 14-year-old son, Shay).

For “Echoes from the Treetops,” though, Hall gets back to his rock ’n’ roll roots, with a collection of original songs that has a heartland rock vibe, sometimes with a hint of twang, at other times evoking Led Zeppelin, ’90s flannel rock or Southern boogie.

“This album is different from all the others I’ve done,” Hall said. “I feel that the songs on this album are the best writing I’ve ever done, and it’s my best produced album. Chad was phenomenal to work with.”

An ace keyboard player, Staehly has produced recording projects for the bands in which he plays (Great American Taxi, Hard Working Americans, High Hawks), as well as helming albums by other artists, including Todd Snider and Horseshoes and Hand Grenades. The album was recorded at Pachyderm Recording Studio in Cannon Falls, Minn., with longtime collaborator Matt Mahlum on drums for six songs, Ryan Nielsen of Down Low on bass, and J.T. Bates playing drums on the closing cut, “Still Standing.”

A couple bandmates from the White Iron Band collaborated with Hall in writing two songs on the album: Sam Weyandt on “Still Standin’” and Matt Pudas (and his dad, Rich) on “Feel the Light.”

Guitars are the stars on every song, and Hall plays all of them, showing the range in styles he’s mastered, from scorching slide guitar on “Feel the Light” and the bluesy funk of “Still Standin’” to the deft acoustic picking on “The Cardinal Song” and “My Friends” and classic rock/grunge crunch of “Going Home,” “Love Withstands” and “This Ramblin’ Man.”

While Hall’s guitar playing makes the songs crackle and shine, lyrically, Hall’s songs brim with maturity. He touches on themes of love, loss, lust, faith, defiance and hope. Longtime fans and La Crosse folks will get an extra kick out of some songs, with lyrical references that place them firmly in the Coulee Region.

“I think people are going to dig this album. It’s definitely a new outfit, a new musical costume for Gregg,” Staehly said. “The record is an evolution from where he’s been. I think he’s a rock ’n’ roller at heart.”

If you like Led Zeppelin, Stone Temple Pilots, Soundgarden, or Lynyrd Skynyrd, you may also like Gregg Hall, as his songs and albums draw from similar genres and sounds. 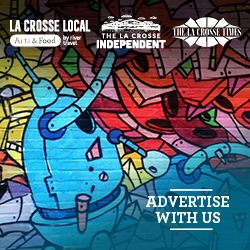 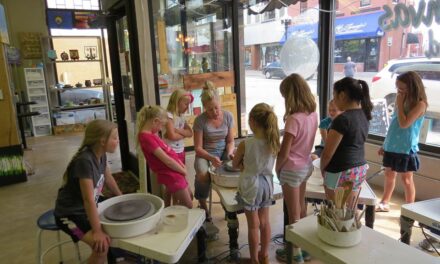 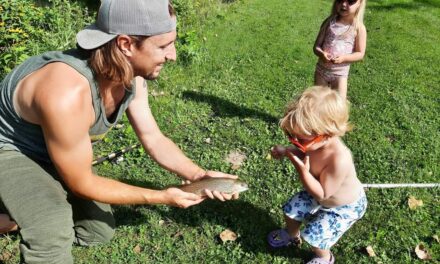 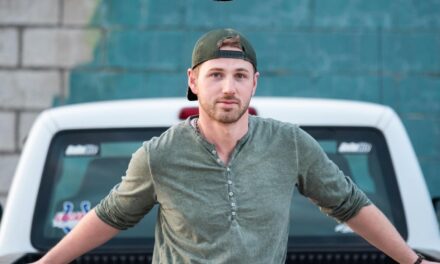